Introducing our TD850-DLX Twin Disc clutch kit. The 850-DLX is a new take on our tried and true 850 twin disc clutch. We are constantly striving to bring you a better part for your special project whether it be a daily driven vehicle with simple bolt ons, a weekend racer, or high powered street, drag, or track car. With the 850-DLX we have taken a simple but technical approach to solving the age old dilemma of fitting more components inside something it just won't fit in. Our standard 850 twin disc typically utilizes one sprung/dampened disc as well as a fully rigid disc. These discs are both free floating of each other. While this is definitely a streetable setup it is somewhat of a compromise over what ideally would be two dampened discs, but the simple fact of the matter is, two dampened discs simply won't fit. That is where our 850-DLX twin comes in to play. We are still using one dampened hub but instead of the second rigid disc free floating on it's own, it is now connected to the dampened hub with a specially designed stand. The stand is securely fastened to the sprung hub and then the rigid disc slides over the stand so it is still able to engage and disengage freely but now both discs work in unison to dampen the shock load being transferred through the drivetrain from a hard launch or shift.

The 850-DLX is available on both the standard and STRAPPED lids utilizing two ceramic discs (RACE) or one ceramic disc and one Fiber Tough disc (STREET/RACE) allowing us to get you setup with a twin disc that will work for your exact application. 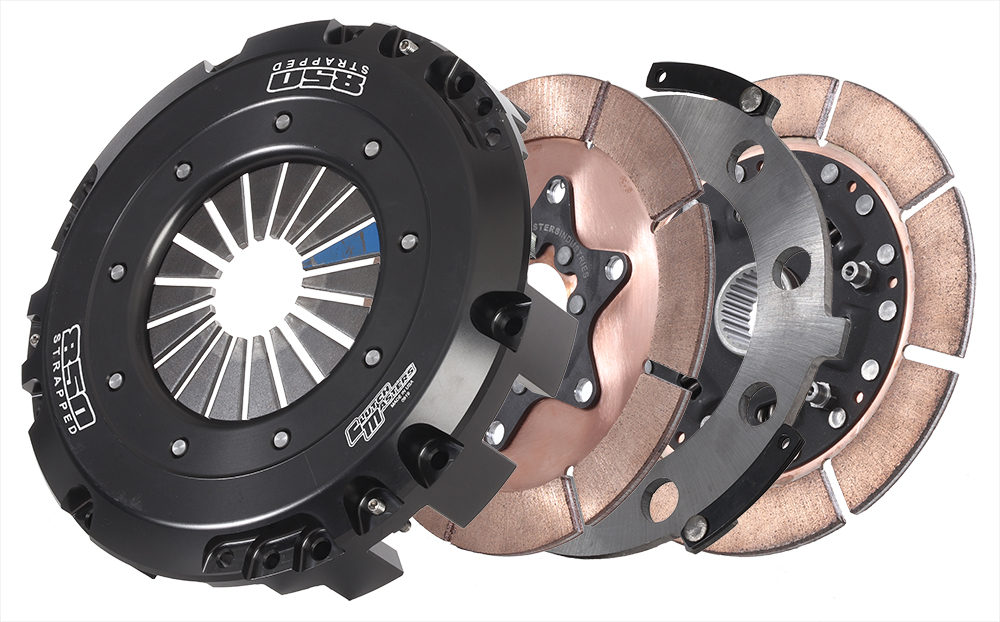 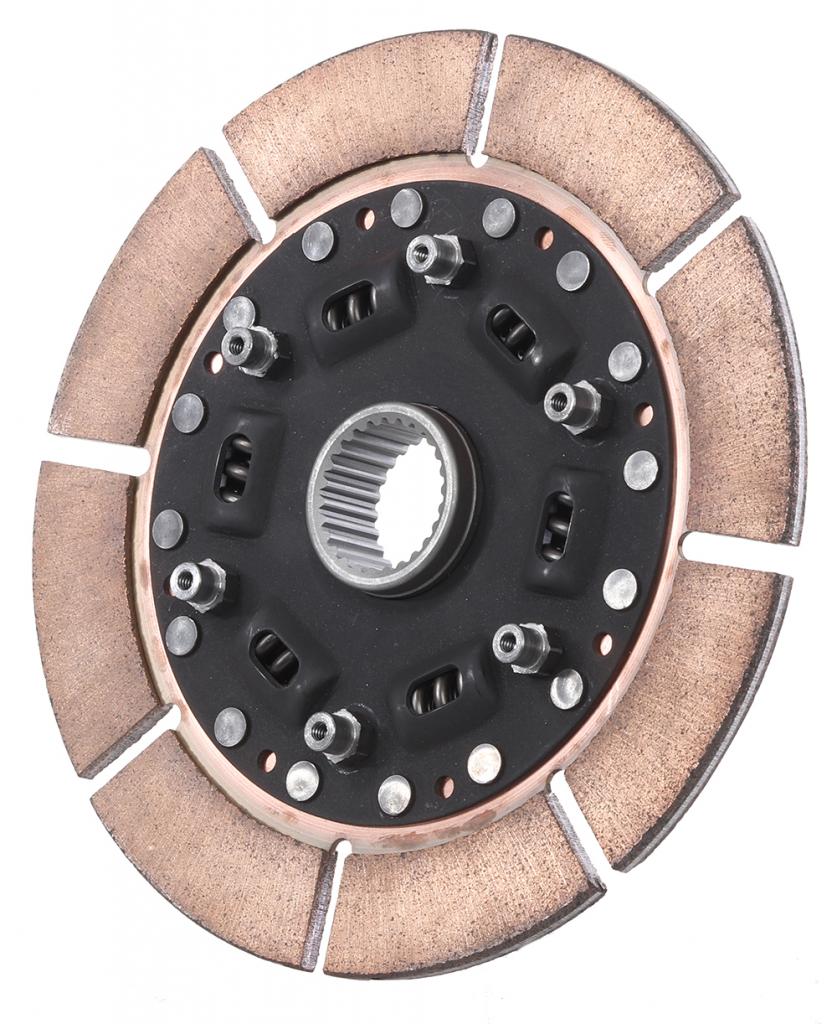